HOW DOES YOUR ART TAKE RISKS?

People are drawn to controversy. Just take a look at our current political situation, for example.

In art, the same is true. Throughout history, almost every single movement came about as a reaction against or a critique on the prior movement.

Let’s take, for example, the Baroque movement from the 1600s. According to the Art Movements Directory, a website dedicated to helping people learn about the development and history of art, “Baroque Art emerged in Europe around 1600, as an [sic] reaction against the intricate and formulaic Mannerist style which dominated the Late Renaissance.”1

Baroque was then followed by the Rococo style, which was itself a reaction to the Baroque simplicity.

This is just one example of a consistent pattern.

Inherently, art has always been about risk, about doing something different. Going forth bravely into new territory and taking on controversial topics.

HOW CAN YOU INCORPORATE RISK?

What do you love? What gets you fired up and ready to take on the world? 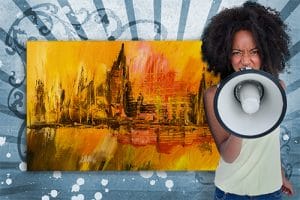 Usually what you are most passionate about is driven by an issue you see misrepresented, making it a good platform on which your art can stand. And simply by taking a stand, by saying something about the world around us, your art takes a risk.

It’s risky because it is baring a piece of your soul and holding it up for others to judge.

It’s risky because others won’t always agree with it. Some won’t like it. And some won’t even get it.

Anyone can paint a pretty picture. But not everyone is brave enough to risk saying something with it that others might not value.

WHY DOES ART NEED RISK? 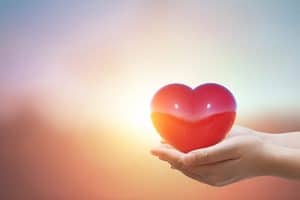 Inherently, this is vulnerability. Risk is essential to art because it makes us vulnerable. Both you, as the artist, and them, as the viewer.

Without this risk, art is empty. It’s meaningless and stale. And there is no real beauty in that. The most powerful art is not usually just pretty. It’s evocative, and it changes people.

For me, I can distinctly recall the art that has most affected me.

Only a few years after I had myself graduated from college, an art student at Columbia University made the news with her performance piece called “Carry That Weight.” In this project for her senior thesis, she spent her entire last year dragging the mattress she was raped on as a literal metaphor for the emotional weight she will carry for the rest of her life.

Though I’ve never been one who really liked or understood performance art, this piece gutted me. Even though I already knew where I stood regarding this issue, seeing such a physical manifestation of her pain and daily struggle simply to do basic, everyday things caused by the emotional fallout helped me see her pain, not just understand it on a moral level.

I think a lot of times, when we think of controversy, we think of today’s hot button issues. But rape, racism, abortion, and other obviously controversial topics are not the only way to take risk.

Again, any issue you are passionate about is a way to incorporate risk and reach people. 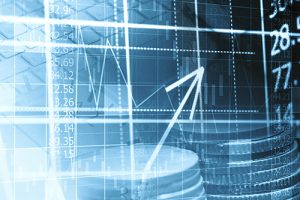 Take, for example, the work of Nelson Saiers, a New York artist who was once a hedge fund manager on Wall Street. His passion is the tumultuous and little understood world of finance where he once made his career.

Maybe it sounds boring to you, but people are eating it up. Why? Well, in an article about his work by Marketplace, it states, “By going deeply into Wall Street’s most misunderstood corners, the works [of Nelson Saiers] do something often hoped for in art: taking on a risky theme and creating something more engaging than anyone expected.”

His work says something about the state of the finance industry in America. Whether that statement is one of “anger about the blindness and arrogance that caused the [2008 financial] crisis” or “respect for the challenging mathematical work of modern finance and appreciation of its elegance,” it doesn’t matter.

What matters is that he took the risk and it connected with people.

So, now it’s your turn. Go forth. Be bold. Be brave. And find what it is you have to say. The world will reward you.

How have you incorporated risk into your art? Share with us in the comments below or on the ACT Facebook page!